Below you find our selection of PMR446 walkie talkies from danita. 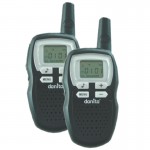 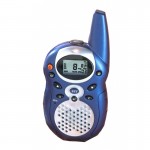 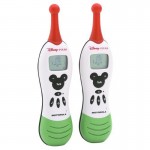 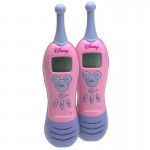 The history of the PMR446 walkie talkie

A few years ago, a change was made in the area of private radio that had unintended â€“ but positive â€“ consequences. In order to ease the communication of e.g. construction workers on their work sites, telecommunications authorities across Europe agreed to designate eight frequencies around 446 MHz to land mobile radio. At first this inspired manufacturers of land mobile radio â€“ Motorola, Kenwood, Maxon and others â€“ to develop units that were cheaper than conventional land mobile radios, and the ensuing success was limited.

Others, however, saw an opportunity in the potential for using these frequencies for much cheaper radios that could then be sold across Europe. The first of this type of radio was the FRS in the United States â€“ a cheap walkie-talkie for use on the UHF band. FRS stands for Family Radio Service, and reveals in itself what the Americans intended to achieve with the product. The radios â€“ now known as Private Mobile Radio or PMR446 â€“ are now used in business as originally intended as well as for outdoor activities such as hunting, fishing, canoeing, hiking, mountain biking etc.